Today is a very important day. It’s the day after I uploaded my book to Kindle – a year’s work and a very intense year it’s been. Not only did it take a year’s writing to get the 85K words, but then there’s the proofing (thanks to the stalwart efforts of a friend), references and booklists to compile, getting someone to write the forward and so on. The book was actually written about 2 months ago but all the rest took a long time to complete. 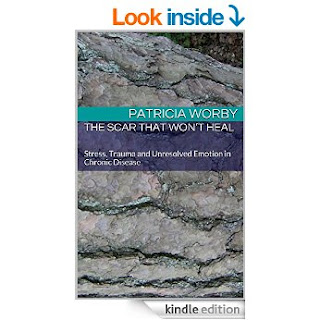 During this time of writing and fretting, I’ve also been struggling with some personal issues which has entailed me getting quite anxious in a way that hasn’t occurred since my last bout of depression 15 years ago. Initially all was going well but sometime around August my clinic (which is a conservatory at the back of my house) developed a leak. After heavy rain a stain would slowly make its way from the corner of the room and fill the air with the smell of damp plaster until it dried out again with the sun. Now, under normal conditions I would just call in the builder who erected it and demand reparations. But he is not to be found.. And I have no written guarantee despite months of requesting it. Beware a builder who can’t/won’t respond to your requests for things in writing!

So I called in another builder who has painstakingly worked backwards from the most likely cause to the least, repairing and making ‘good’ various badly done bits from flashing to the roof. After each repair comes the hope, then dashed after the next rainstorm. Finally this last weekend I admitted to myself my reaction has been so extreme, that I need therapy. I can’t sleep when rain is due, my guts churn, my chest feels tight. I can’t sit still, or eat for worry – and it feels like a personal attack when that stain comes back time after time..

So, of course it’s no co-incidence then that my book is called The Scar the won’t Heal; Stress Trauma and Unresolved Emotion in Chronic Disease’. Perhaps in the writing of it, I have touched upon some of my most painful memories, including the death of my father at 19. In EMDR (Eye movement desensitisation and reprocessing) therapy this week, it was this that came up. My feelings of abandonment when he died, and that I was somehow responsible. How strange! I know logically this isn’t true but my emotional brain believes it, and the issue of fixing the leak has become a cipher for what I couldn’t achieve 30 years ago. I had no control then and I have none now.  And both things seem to threaten my sense of self in a way that sounds ridiculous but nevertheless that’s how my body is reading it.

So, it’s really been a case of ‘healer heal thyself’ and I have tried to see this time as an important reminder of how illogical emotional memory formation is and how it affects us in later life if triggered. Which is exactly what my book is about – and how this can translate into anxiety, depression and chronic pain, IBS, TMJ, etc. So the universe has given me another swift kick up the backside to look at myself and deal with my stuff so I am in a better position to help others deal with theirs. Onwards people. Oh and please god I get the leak mended soon. Driving me crazy. Literally.